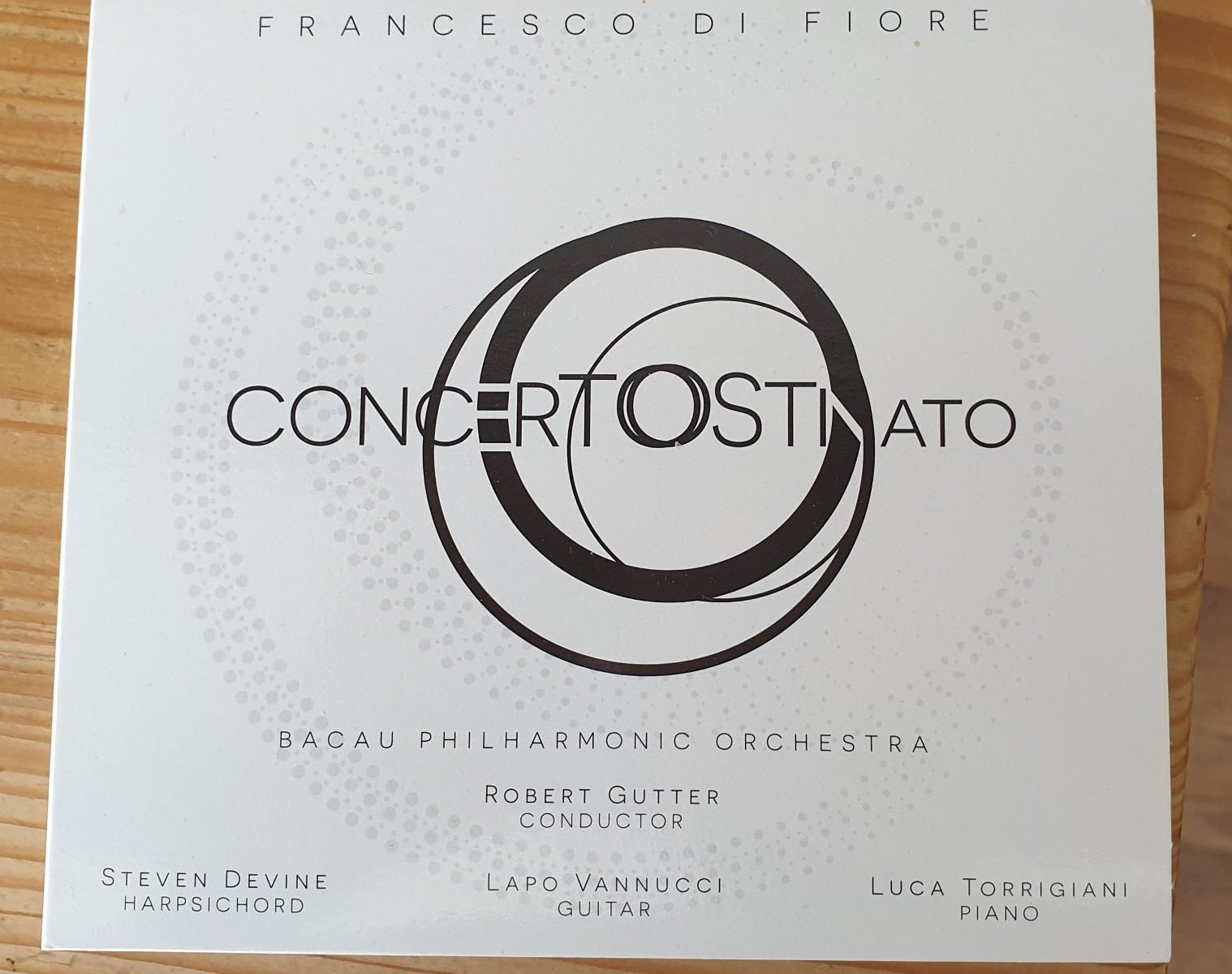 The album Concerto Ostinato is a trilogy project written between 2014 and 2016 which includes two concerti for solo instrument and orchestra and a double concerto, for guitar, piano and string orchestra.

The project originates after the composition of the double concerto extending in a concerto trilogy where guitar and piano should have been the protagonists. The original idea was however later modified when composer Francesco Di Fiore decided to explore a music form that reached the peak of its spread in the Baroque period. Di Fiore decided therefore that the most appropriate solo instrument for the Concerto Ostinato was the harpsichord rather than piano.