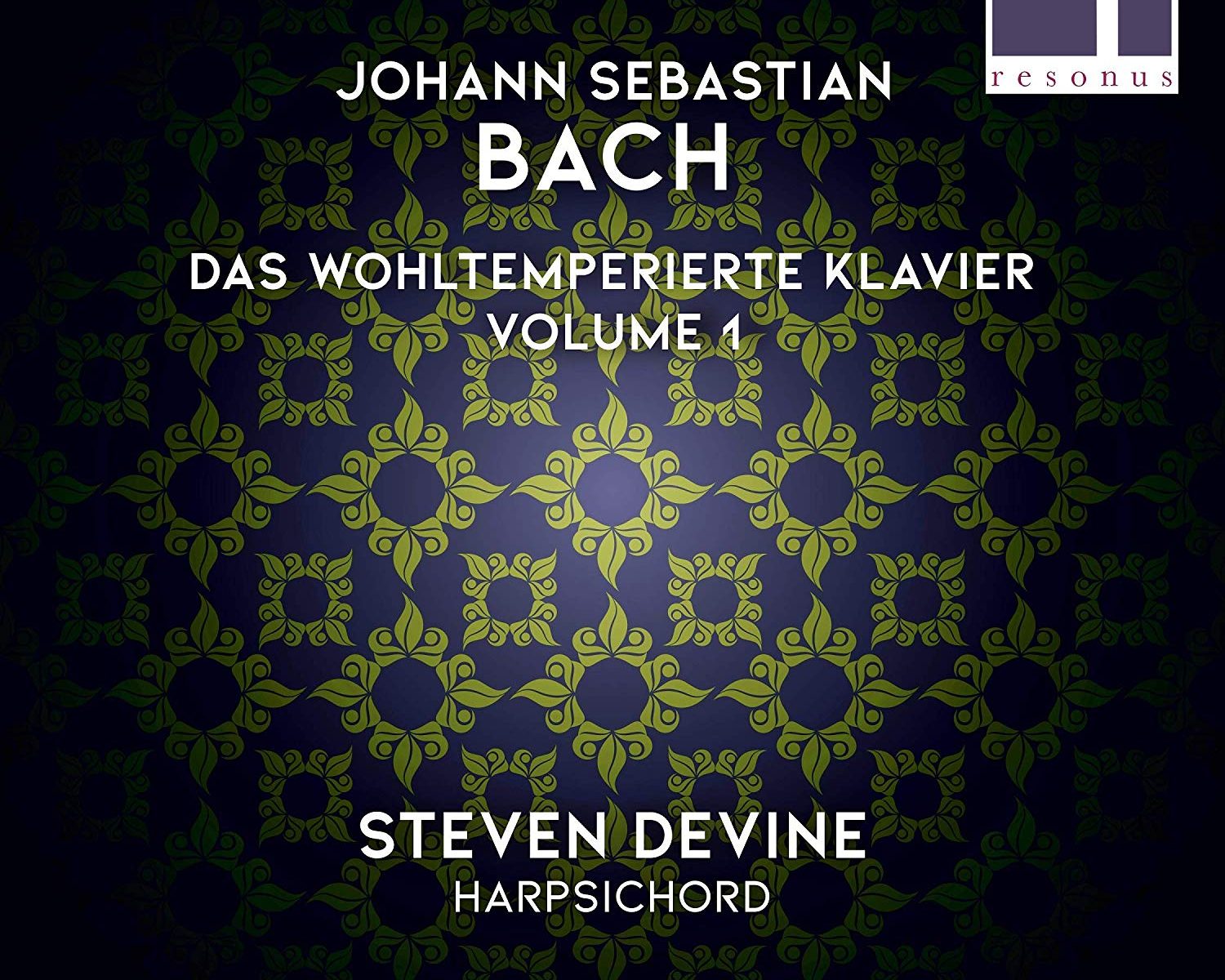 For this first of two volumes, that explores the first book of this collection of forty-eight preludes and fugues, Devine uses an exquisite instrument built by Colin Booth after an instrument by the eighteenth century maker Johann Christof Fleischer.

“Devine’s account of the music is similarly well-tempered, he does not go for extremes of tempos and brings poise and clarity to his playing. The harpsichord is beautifully captured, with a fine resonance and good core sound to the note and none of the pecking which can beset harpsichord recordings. He clearly revels in the various keys and allows them to colour his performances, and the result is engaging and engrossing. I certainly look forward to the second volume.” Planet Hugill

“This musically intelligent and absorbing recording by Steven Devine demonstrates that performing Bach (or any music, for that matter) is far more the merely playing all the notes in the right order. His subtle use of articulation and rhetoric and his understanding of the Baroque idea of building up musical ideas from small motifs make for an absorbing recording that will invite repeated listening. He manages to negotiate that fine line between presenting a personal interpretation and those over-mannered performances that might be fine for a live recital but is usually off-putting on the repeat listening that a recording allows. With obvious respect to Bach and these extraordinary miniatures of musical craft, Devine brings a wide range of interpretations, matching the underlying mood of each Prelude and Fugue perfectly.” Andrew Benson-Wilson

“Steven Devine’s playing is always stylish without being unduly mannered, with a nice sense of rhetorical freedom where appropriate, and excellent clarity of voice parts in the fugues. His playing throughout is of such a high standard that it is difficult to pick out any particular pieces for comment.” Choir and Organ

“This is an altogether delightful pair of CDs, and makes me impatient for the second part. There are other recordings about, including Colin Booth’s own, but Devine’s has a particular seemingly effortless grace, and it’s the one of all I’ve heard in the past ten years that I am happiest to live with.” Early Music Review